With Overkill VR, Spanish developer and publisher Game Troopers promises to deliver a virtual reality FPS that offers more realism and action than we have seen so far.

In the past year we have seen the release of many virtual reality first-person shooters (VR FPS). However, where most other virtual reality shooters base themselves of sci-fi or fantasy settings, Overkill VR decides to take things into a very different, more realistic direction.

In Overkill VR you are the leader of a resistance movement. The resistance fights against the established order, which is headed by an organization called ‘The Faction’. During your Battles with ‘The Faction’ you have to fend off wave after wave of opponents in order to work your way to the end of the zone.

One of the ways in which the aforementioned realism will be shown, is through the use of an extensive cover system. Thanks to room-scale technology and motion control, the player will be able to decide where to take cover and from what angle they can launch their assault on the opponent. The difference between the player either physically crouching or standing up will also be a deciding factor in this.

Realism will also play an important role in the available weaponry. All weapons will be based on real firearms, both semi-automatic and automatic, from Desert Eagles to SPAS12 shotguns. According the developer, all weapons will be fully and extensively upgradeable and both dual and single wielding is among the options.

Although ‘regular’ FPS games have been grounded in some form of realism for years (e.g. the Call of Duty franchise), many virtual reality shooters up till now chose a different course. With Overkill VR, Game Troopers seems to be delivering an explosive game and the first realistic virtual reality FPS.

Overkill VR will be available starting november 16 through Steam and Viveport. You can read our review on launch day at VR-NEWS.nu. 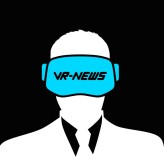